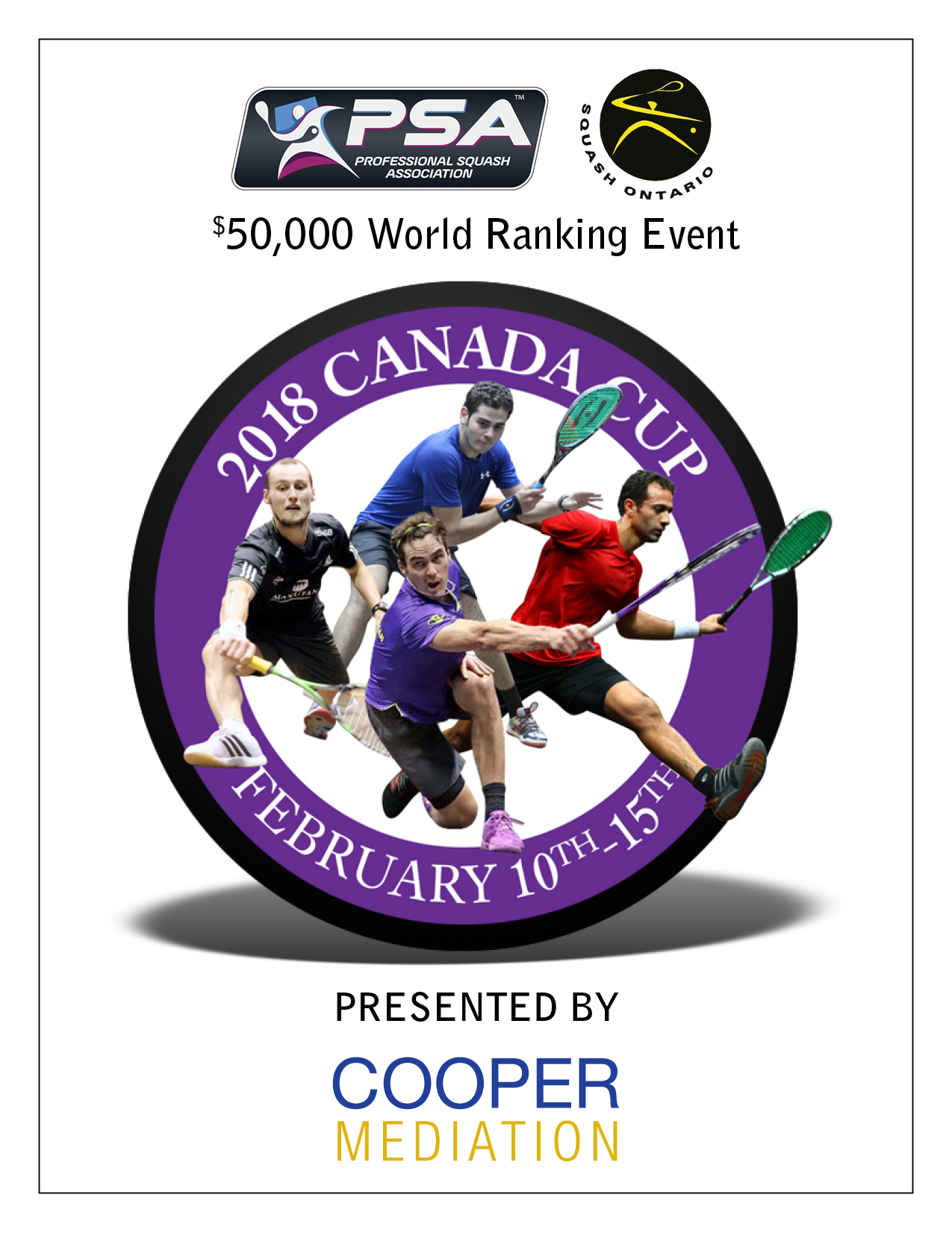 Cooper Mediation, as the presenting sponsor, is pleased to announce the 9th Annual Canada Cup from February 12-15, 2018. This will be a star-studded tournament involving top ranked squash players (including world #10 Diego Elias) from around the world.

Vance and Jon Cooper of Cooper Mediation will be seated front-and-centre catching every move.

I have a lifetime affinity for the game of squash. My enthusiasm was not matched by my abilities. Unfortunately, osteoarthritis in my hips and a right hip replacement in June 2015 brought my career as a squash player to an end. However, I continue to support the game. – Vance Cooper, Principal of Cooper Mediation

The Canada Cup boasts a rich eight year tradition of attracting the best squash players in the world, making it the gold standard for Canadian squash, the bar at which tournament squash is set. Bringing in the best year after year has resulted in significant growth for the Canada Cup. Riding the momentum, this year tournament is now a SANCTIONED PSA $50K WORLD RANKING EVENT. The event features 16 of the world’s top players from more than 10 different countries. These players are going to put on a spectacular display of intense nail biting squash that will have you glued to the court. Exciting!

The top 8 seeds for this year’s event are:

Matches will take place at:

A total of 15 matches will be played across multiple Toronto venues. The Cambridge Club will host seven matches including the two semi-finals and the final. Based on the past history of this event, it is anticipated that event will be completely sold out. Don’t miss your opportunity to attend the highlight of the Canadian squash calendar!

We thank you for your continued support of this great event and look forward to seeing you court-side.