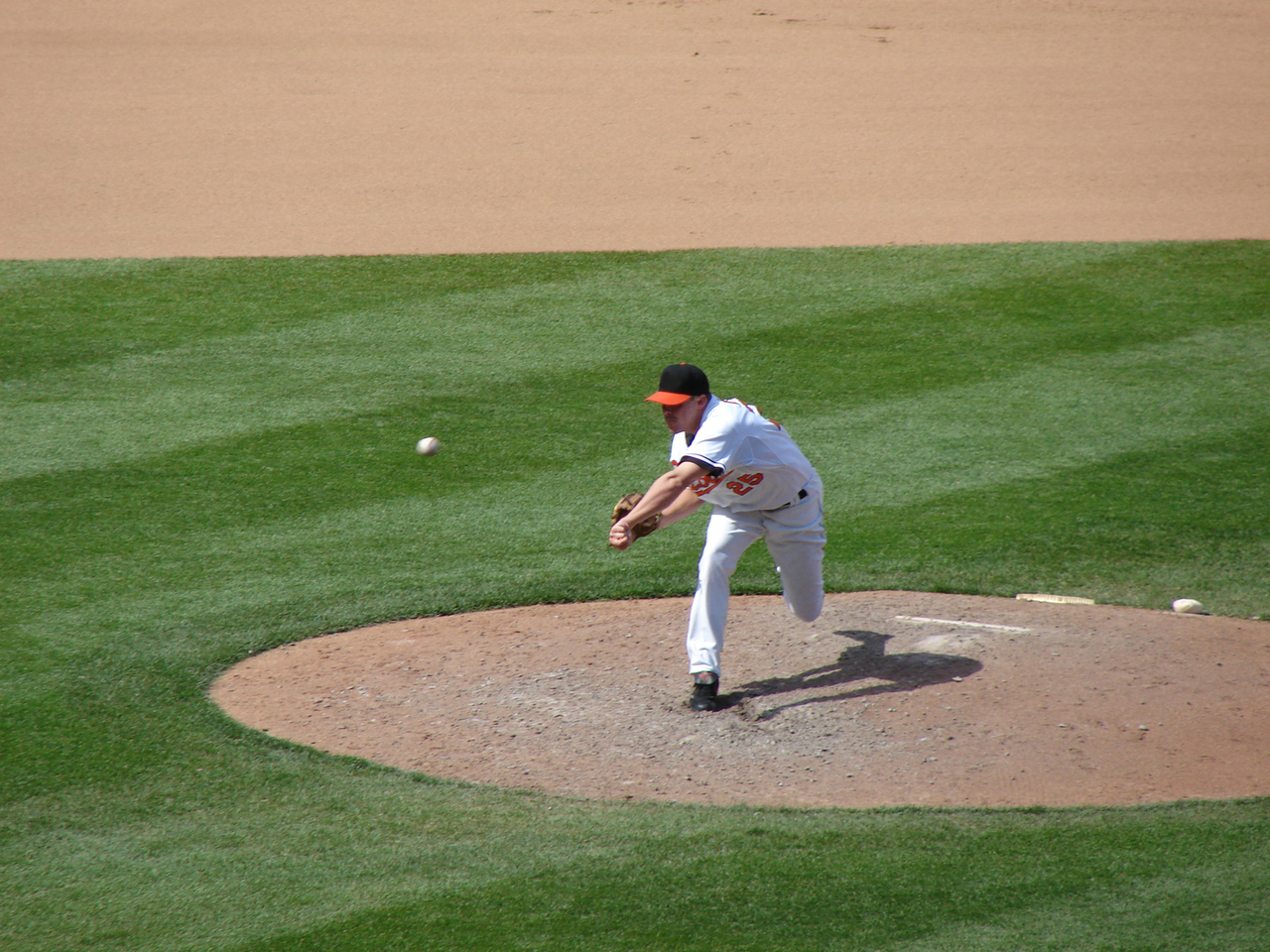 Posted at 22:33h in Jon Cooper, Mediation, Mediators by admin

An estimated 90 to 95% of personal injury cases are settled out of court during a step on the dispute resolution process. If you’re a lawyer representing a client in these types of cases, the odds are you will likely spend much more of your time with opposing counsel in negotiations than in a courtroom.

In this series of blog posts I’ll explain what lawyers new to mediations should know about the process. First, I introduce you to the main approaches to negotiation, note some of the major stumbling blocks I witness during negotiations, and finally explain why a mediated settlement is still often preferable to court for the parties involved. In the second post, I explain why it’s important to come into negotiations with a plan for reaching an acceptable settlement, and caution that some of your actions can be misinterpreted by other parties as counterproductive to this goal.

Although the lawyers present may know each other, personal injury insurance cases between a claimant and an insurer almost never involve an existing personal relationship.

When there are pre-existing relationships between parties and there is a desire to preserve or heal these relationships, interest-based negotiation (win-win bargaining) is often encouraged. Parties are asked to consider the possibility of a win-win scenario which can benefit everyone. Rather than arguing over who should get the biggest piece of a pie, interest-based negotiations look for ways to “expand the pie”. Perhaps one side may value an apology over a financial award. The goal of the mediation is to identify ways to compromise or co-operate in future dealings.

Negotiations in personal injury are mostly position-based and they come down to one thing: the value of the claim. It’s impossible to go back in time and undo an injury – all that can be done at any point in the litigation process is to assign dollars and cents to the claim, and one party’s loss at the negotiating table is generally seen as the other side’s gain in this zero-sum scenario. Moreover, in position-based negotiations, the parties may not share the common goal of settling the case at mediation if it may be advantageous for one of them to go to trial. Rather, they aim to settle the case in their “range of settlement” which may or may not be possible depending on whether each sides ranges overlap.

Think of baseball’s strike zone. If a pitcher throws a ball too high, low or wide, you, as a batter, will probably not take a chance by swinging at it. But if a “decent pitch” or a pitch that is “close enough” is sent your way, you figure you have something to work with and take a chance swinging for a hit.

The goal of mediation (the home-run scenario) is to open the lines of communication and pave the way for either settlement or movement to trial. A good mediator will facilitate a discussion between parties in a way that clearly identifies if there is common ground for a settlement. S/he will highlight the stumbling blocks that may prevent settlement. S/he will ensure that parties emerge from these discussions with either a settlement in hand or a better understanding of the opposing party’s position. S/he will also identify what might motivate them towards settlement prior to attending a pre-trial or trial.

It’s fair to say position-based negotiations can often be quite challenging because each party has a conflicting or opposing position. They may not see eye to eye, but if they negotiate and find a common point within the range of settlement, they might mutually agree not to proceed to trial. In my experience, negotiations that don’t get anywhere often result from:

Sometimes important documents such as medical records are incomplete at the time of mediation. One or more of the parties may be hesitant to proceed until more is known. For example, if treatment or rehabilitative therapy has only recently begun, either side may be reluctant to settle without having a better idea of the person’s progress or long-term diagnosis. Perhaps a patient has recovered some range of physical movement but medical practitioners are uncertain if or how much more might be recovered. New details change the range of settlement for each party.

2. Negotiating Based On Different Facts

Often, however, evidence can also be withheld by one party for strategic purposes. Since mediation is not always the final step in the process (and some cases do go to trial), the parties will think very carefully about what information they opt to reveal. Counsel will often hold back information that could damage the other side’s case at trial as they do not want to give the other side time to fix the issue, but they still deal with the mediation based on the knowledge that the destructive evidence exists. Mediating with a different background of facts and evidence creates a communication breakdown.

If another party senses that information is being withheld movement towards a settlement may be less likely. If or when this information is presented during a round of offers, it may prompt the other party to re-evaluate their position, strategy or even presence in mediation. In other words, withholding information may be strategically advantageous for a party’s case at trial and yet also hinder the potential for movement or reaching a settlement in mediation. To negotiate in good faith, the same set of facts and evidence must be known by both parties.

It’s human nature, when negotiating, to react to the most recent offer tabled. Think about that for a moment. If your reaction to their last offer helps determine how you’ll form your next offer, to which they will react, one round that produces some disagreeable sentiment can lead to a chain reaction of cascading negativity. Negative reactions to offers often spill over into negotiations and discussions which can result in seemingly unproductive periods or completely derail negotiations. Similarly, if negotiators have clashing styles or personalities which creates personal animosity, it may indirectly affect their decision to show movement or flexibility. A skilled mediator may be able to bridge these differences in style or find ways to reduce tension; however, parties present should also make a point to anticipate potential reactions to offers or tactics.

There are many factors in negotiations which can discourage or frustrate participants. For instance, perhaps the parties begin negotiations far from a mutually acceptable range of settlement. If incremental movement is slow, the rounds in negotiations begin to add up, time drags on, and concern grows that a settlement may be out of reach. Certain negotiating tactics, such as threatening to walk away from the negotiating table or introducing surprising new information between rounds, can also prompt the opposing party to reconsider their willingness to continue.

A plaintiff and insurance claim representative are unlikely to have negotiated together before and would be unlikely to ever negotiate together again. But lawyers representing these clients will likely meet in these situations repeatedly over the years and develop a good understanding of the opposing counsel’s negotiating style. If the lawyers haven’t met before, they may not recognize certain signals or have honed the ability to gauge when the opposing side is nearing their best offer. Perhaps one lawyer’s version of a “final offer” means it is truly a best and last offer, while another lawyer uses the term to signal that much more movement is necessary to keep them at the table for additional rounds. Missing these signals can sometimes lead to a premature breakdown of negotiations.

A Good Alternative to Trial?

In spite of these difficulties, there are several reasons why the settlement-to-court decision ratio is about 20 to 1 and why mediated negotiations are often seen as preferable to a day in court.

In a court case or binding arbitration each side is relying on an independent party to make a decision about what they believe to be fair given the facts of a case and the law. A mediated settlement allows both parties to come to a decision themselves that they deem acceptable.

Waiting for a court date creates uncertainty for all parties and a losing party could be responsible for additional costs involved with a trial.

Mediation doesn’t need to end the dialogue – there are more opportunities to settle the case after the mediation and before a pre-trial or trial.

A claimant may not receive any compensation at the trial and even be responsible for court costs. An insurer may be forced to pay out even more than they anticipated prior to the trial. It’s important to evaluate each offer based on non-monetary factors on top of the actual dollar offered.

5. Trial is Still an Option

As previously noted, settlements in mediation are not always possible or even preferable for all parties. In the event a settlement cannot be reached and the parties involved decide to proceed to trial they may still leave a mediation with more information about the case and/or the other party than prior to these discussions.

Now that you have an idea of the theory behind position-based negotiations, some of the elements that can lead to a breakdown to negotiations, and why mediation is still often seen as a good alternative to court, the next blog post in the series will give you some tips on how you can maximize your chances of reaching a successful settlement through planning and good communication skills.

Jonathan T. Cooper is the taller, younger and non-bow-tied mediator with Cooper Mediation Inc. He mediates primarily, but not exclusively, in the area of personal injury and insurance.