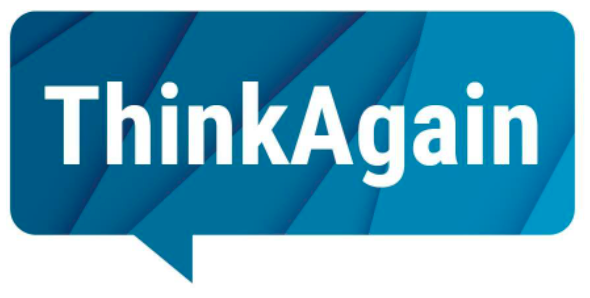 Posted at 13:51h in Mediation, Mediators, Vance Cooper by Admin

Did you know there was more to that story? One day, that fisherman had to move far away from his home by the water. Still, he kept casting his fishing line out into the fertile soil on his new plot of land expecting to bring home dinner. Until he was able to unlearn his old ways, he would no longer be able to provide for himself.

We spend our entire lives learning things. If we find that something we’ve tried works well, we’re likely to try it again and again while hoping for similar results. But every situation we encounter is different. Every time we’re faced with new information, we have a choice: stay on autopilot or reconsider our assumptions and evaluate how we might best respond.

In this blog post I draw from Adam Grant’s book Think Again: The Power of Knowing What You Don’t Know to examine individual, interpersonal and collective re-thinking to show how an open mindset at mediation can help you see multiple paths to resolution instead of just one well-worn road.

If you’ve ever been told you have a scientific mind, accept it as a compliment. Scientists are constantly seeking to confirm or refute a theory (hypothesis) through rigorous testing, analysis, and experimentation. If what they thought was proven wrong, they don’t stay wedded to the faulty idea. Instead, they go where that data takes them and are willing to change their minds.

i. Confirmation and Desirability Biases

But how can you think like a scientist when you only have hazy high school memories of the scientific method? First, acknowledge your expectations. Psychologists have long-known that people tend to be influenced by confirmation bias and desirability bias. Confirmation bias means we see what we expect to see. Desirability bias means we see what we want to see.

Neither of these biases help us to see what is actually in front of us when it’s not what we expect or want. We must be careful to “think again” to ensure we are making decisions based on real facts and not letting rose-coloured glasses or a fun house mirror distort our view.

ii. Self-Assessment – The Arm-Chair Quarterback and The Imposter

Next, we must accurately assess our ability to make an informed decision. Often people will fall into one of two categories when doing this self-assessment: the arm-chair quarterback and the imposter. Arm-chair quarterback syndrome causes people to be supremely confident that they know better than others, even if they don’t have the competence they believe they do. Alternatively, some supremely well-educated and skilled people may lack the confidence to accept their own view as valid (and correct) for fear that they really don’t know what they are doing and it’s only a matter of time until they are found out.

If you can admit to yourself that you know enough to know that you don’t know it all, you can use this “confident humility” to approach a situation with an open mind while using what you do know to help you gauge further analysis, next steps and decision-making.

Finally, while some people may think mediation operates from a place of “can’t we all just get along,” the truth is that conflict is natural during mediation and it’s not necessarily a bad thing. The key to productive conflict is constructive, respectful and intellectual debate. When conflict turns combative, emotional or very personal the benefits of disagreement evaporate.

Having an open mind is wonderful. However, if you’re negotiating with another person and their mind is closed, it may not be entirely helpful. How can you get someone else to “think again”?

First, communicate open-mindedness to another person by acknowledging points of agreement, good arguments, and what we’ve learned from them. Signalling openness to hearing and considering another person’s point of you may help you when you ask them to do the same.

Next, effective persuasion doesn’t mean you will tell a person what to think and convince them to agree with you. Rather, as Grant writes in his book, you must convince them you have the right motives. In mediation, that means demonstrating that you want a mutually agreeable resolution.

Finally, using questions to probe a person’s openness and to  illuminate what is informing their view is very effective. It may be fair to ask, “what information would change your mind?” to determine how much they are wedded to their position and whether they would be reasonable to new information.

Briefly, I’d also like to discuss how human nature gets in the way of viable solutions – both in general circumstances and while at a mediation.

You may have noticed a trend toward polarization in our world. In issue after issue, public opinion seems to be shifting to a hardened “you’re with us or against us” position. Any differences of opinions within a group are minimized so as not to show weakness. This phenomenon, called binary bias, (over)simplifies very complex issues and promotes extreme views rather than more muted voices.

Of course, a little reframing on an issue can go a long way to shaking these oppositional poles off balance to consider things from a variety of perspectives.

In this instance, please avoid the draw of that old mantra “Keep it simple, silly.” As Adam Grant writes, “a dose of complexity can disrupt overconfidence cycles and spur rethinking cycles. It gives us more humility about our knowledge and more doubts about our opinions, and it can make us curious enough to discover information we were lacking.”

D. Think Twice… Or Even A Third Or Fourth Time

We tend to admire people who are confident and decisive. But we don’t seem to clue in to the benefits of admiring people who are hesitant and questioning. Of course, I’m not talking about someone who is hopelessly indecisive and adrift in a sea of ideas. Rather, I’m talking about the person who says “Just because we’ve always done it this way doesn’t mean there isn’t a better way.”

i. Stop and Think, Then Think Again

Taking some time to stop and think, and then think again, can be enormously helpful when tackling a problem or working through a conflict at mediation. Think of all the advancements in scientific knowledge that have been achieved because those plucky scientists insist on testing their hypothesis and revising their theories when new information presents itself.

There is no shame in rethinking your positions. In fact, uncritically holding onto your position, despite changing circumstances or information, can leave you high and dry, fishing in a field that is just waiting for someone to figure out that planting crops would be a better option.