A Numbers Game: The Psychology Behind the Optics of Round and Precise Numbers 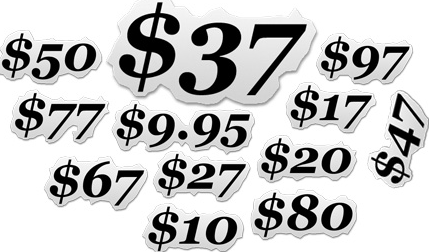 08 Jun A Numbers Game: The Psychology Behind the Optics of Round and Precise Numbers

Posted at 11:02h in Logan Cooper, Mediation, Mediators by Admin

“Ahhhh, that’s a nice round number.”

How often have you heard that phrase? People tend to like the simplicity of round numbers (ending in zero or five). It certainly makes mental math a lot easier.

You might think this preference for round numbers would hold true for offers at mediation – but that’s not necessarily true. In fact, the psychology behind numbers in a negotiation reveals something quite different.

In this blog post, I explore the use of round numbers in a variety of situations, including different rounds of offers at mediation.

Are they correct? Perhaps they were at one time, but not so much anymore. Studies have shown that generally people like to pay less for products and associate prices ending in 9 with discounts or bargains. There is also something called the left digit effect. Consumers may not be bothered to read the end of a price once they know the general cost.

However, this marketing practice has been used so widely and for so long that it may not be as effective as it once was. One recent study suggests consumers are increasingly drawn to round numbers when given a choice of what they will pay, while another study found that consumers associate round numbers with honesty and high quality products.

If round numbers are appealing and associated with honesty and high quality in terms of product, should your first offer or counter offer at mediation be a nice round number? Not according to research by behavioural scientists. They suggest an initial offer that is precise is far better received by the opposing party than a round number; it may reduce the gap between the two parties as they negotiate in subsequent rounds.

The reason for the appeal of a precise number is understandable. The researchers found that recipients of precise offers are much more likely to believe the other party has good reasons to support such a number and likely invested time and effort in preparing for negotiation. As a result, they were more conciliatory in their counteroffers.

In one experiment, the researchers observed that a sellers’ counteroffer was about 25% higher than a buyer’s initial round number offer. Buyers who opened with a more precise offer that was slightly higher or slightly lower than the round number offer received counteroffers that were only 10-15% higher. Interestingly, this held true for both higher and lower opening offers.

In another experiment, experienced MBAs were split into pairs for negotiations. Precise opening offers received counteroffers that were about 25% closer to this initial offer than when the starting point was a round number. Moreover, in subsequent rounds of negotiation, the anchoring effect remained.

Negotiations during mediation have a natural tension to them. If a case is worth a significant amount of money or a party to negotiations feels emotionally invested in the outcome of a case, there could be some passionate feelings added to the mix.

Choosing to opt for precise opening offers could help focus minds and lead to more reasoned debate and discussion instead of unpredictable reactions. There is nothing to suggest that round numbers can’t come into play in subsequent rounds.

In some cases, a precise valuation of the case is necessary to separate heads of damage. In other cases, there are pecuniary damages that are clearly not round numbers.

Nevertheless, once these opening numbers are established, incremental moves or a switch to “all-in” offers could seamlessly switch to round numbers if part of a negotiating strategy. Authority to settle matters may be tied to round numbers.  While round numbers may not be favoured as initial offers, the appeal of a nice round number may reemerge as negotiations advance.

Ultimately, there is no right or wrong answer when it comes to valuing your case or the strategy you plan to use to signal your idea of the potential zone of agreement. However, trained mediators who have seen various strategies in practice (and the range of responses from opposing parties) can help everyone around the table to understand why participants may have particular reactions to the optics of certain numbers. If any number – precise or round – throws a wrench into a case that otherwise looks like it can settle, we have our own strategies to help parties get back on track.

In the end, whether it’s a nice round number or a nice precise number, the nicest number of all is the one that results in a mutually agreeable settlement. 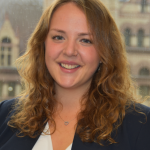 Logan Cooper joined the Cooper Mediation team in November 2017 and devotes 100% of her professional time to mediating at roster-rates. She has mediated over 150 cases in the areas of personal injury, property damage, long-term disability and other insurance-related disputes. She has handled global mediations, cases with multiple parties, self-represented litigants and cases with complicated technical and interpersonal challenges.

To schedule a mediation with Logan, visit: www.coopermediation.ca/logan-coopers-online-calendar/.